In the Store with Sigona’s Featuring: Sigona’s Adopts an Alp. 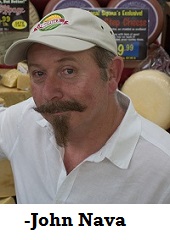 Note from John Nava: We at Sigona’s are all about local, fresh, and family. Once in a while, discovering a truly special item for our store shelves can take us half-way ‘round the world. Like this Swiss AOP cheese crafted for us in the Bernese Alps and the remarkable Adopt-an-Alp program behind it. We’re really excited to tell you that this year we’ve partnered with one alpine family to purchase their very special cheese – one you won’t find anywhere else. Here’s the story behind our new Hobelkäse and Alpkäse cheeses.

Every June, as the weather turns favorable and the snow on high mountain pastures gives way to grass and wildflowers, the Reichenbach family – Ernst and Theres, their seven children and 18 Simmental cows – leave the family farm in Gstaad in Switzerland’s Berne region. They hike to the higher-altitude meadows of Alp Satteleggli. Here, around 4800 feet above sea level, they graze their animals and work all summer.

The Reichenbachs are among an ever-shrinking number of families who live according to what the Swiss call ‘transhumance’ – the centuries-old practice of moving people and animals according to the seasons. Breathing in fresh alpine air, the cows graze on more than 150 varieties of grasses, herbs, and wildflowers and drink cool, clear mountain water.

As bucolic as it is, it’s still hard work. Ernst tends the animals and the land. Theres makes the cheese. And of course, all the kids pitch in with farm and dairy chores.

About the cheese
Within 18 hours of milking, Theres begins the cheese-making process. She warms raw milk over a wood fire. She uses only milk from their own cows, and she makes the cheese on location. The first few weeks of cheese-making yield wheels weighing about 13 pounds; after that, she makes larger wheels that weigh 20-22 pounds.

The flavor of the cheese is mild, milky and creamy when the cheese is young. Reaching peak flavor at 10-12 months, it is called Berner Alpkäse, and is ready to enjoy.

Some of the cheese will continue to age another two years into Hobelkäse, or –loosely translated – ‘slicer cheese,’ so named because it’s meant to be shaved paper thin. Along with a firmer texture, the flavor shifts from creamy and mild to sweeter notes, especially caramel.

The cheese is certified AOP, or Appellation d’Origine Protégée. It has some strict standards: most notably, the cows must graze within one local Alp, and the cheese must be prepared at that location within 18 hours of milking.

In the cheese-making process, whey is drained off – and this is where most of the lactose is. Many people who struggle with milk, ice cream, and even cottage cheese may find they can eat reasonable portions of hard cheeses. The cheese still contains some trace elements of lactose, but most people can tolerate it. Of course, if your digestion problem with dairy is not from the common culprit of lactose, that is a different matter. But we thought you should know.

Want to try Sigonas’ Alpine cheese? Join us at our event: 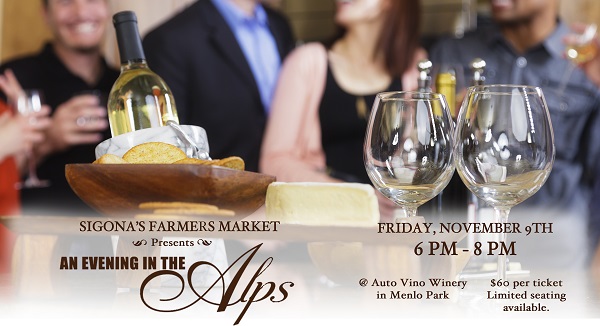