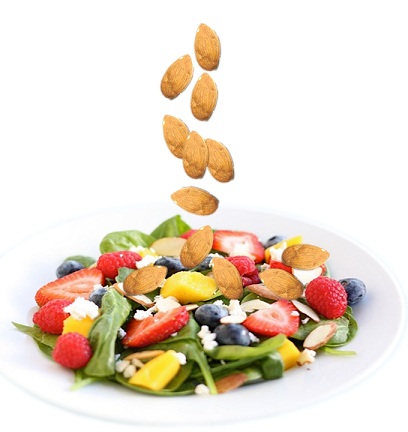 Our live, healthy and unique California raw sprouted gourmet almonds are difficult to find anywhere other than Sigona’s Farmers Market. They are actually healthier, better tasting and easier to chew and digest than regular raw almonds.

The “secret” sprouted unique formula is the key. This healthy, original and live sprouted food has exception nutritional value locked inside each kernel. This is because sprouting enlivens the enzymes that are dormant within. Once in contact with water, the nut awakens. Therefore sprouted almonds contain concentrated vital energy and nutrition. Sprouting also neutralizes enzyme inhibitors that are present in the nut to allow for quicker and more complete digestion and assimilation of nutrients.

John Sigona’s has been our dried fruit and nut expert for over 35 years.

Some of the reasons why raw sprouted almonds are superior to regular raw almonds (per 1 oz. serving):