In the Store with Sigona’s Featuring: Chard By Any Other Name…

Chard By Any Other Name…

We’ve got one of our favorite greens in abundance right now, and want to tell you all about it: organic Swiss chard from Parker Weiss at Pomponio Farms, right here in San Mateo County.  Their certified organic chard is among the best you’ll find anywhere. 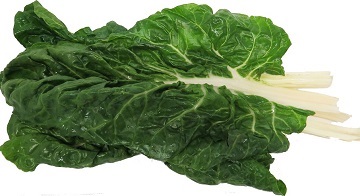 Swiss chard doesn’t come from Switzerland. In fact, looking for the definitive origin of its name yields anything but a clear answer: the interwebs certainly offer multiple pronouncements, offered as if from on high (among them:  it’s named for the Swiss botanist who identified it; it’s because it’s widely grown in Switzerland; the French named it that to distinguish its seeds from those of artichokes – and so on).

You might as well choose the legend you like – or just make up your own origin story.

What the interwebs do agree on – is that the roots (sorry!) of Swiss chard aren’t Swiss at all, but are most likely Sicilian. Ancient Romans used the plant widely, though primarily for medicinal purposes; several centuries earlier, the Greek philosopher and scientist Aristotle wrote about it. 1830 marked its first documented appearance in our country, but it didn’t become popular until after the Civil War.

Like all greens, Swiss chard is a nutritional workhorse: just one half cup cooked chard delivers six times your RDA of vitamin K, more than half your vitamin A, and nearly 40% of the magnesium you need. And it has 120 grams of calcium – good news for vegans and people who can’t digest dairy.

Most people would describe the taste of Swiss chard as relatively mild, with just a hint of salt. It’s more tender (and therefore quicker-cooking) than kale or collard greens.

Chard is fairly tall, with leaves growing up to two feet high.  Related to spinach, chard is actually a type of beet.  In fact, if you travel, you may find it under one or more of these names:  Sicilian beet, Chilean beet, white beet, silverbeet, spinach beet, crab beet or seakale beet; as well as Roman kale, bright lights, mangold or perpetual spinach. The most common name you may hear is leaf beet because unlike most beets, it forms no fleshy, bulbous root.

Look for bright-colored stems in pink, golden yellow, orange, or creamy white.  The leaves should be a vibrant green with no signs of wilting or discoloration.

To prepare chard, split a leaf in half lengthwise (save the spine for soup, to be juiced in your green drink, or for a nice sauté with other savory vegetables: its texture and salty taste would make a pleasing option when you don’t have celery on hand).  Use the leaf as a rollup where you might otherwise use lettuce: it’s especially nice with Mediterranean or Asian flavor profiles. Fill a just-cut leaf with rice and herbs for an uncommon take on stuffed grape leaves.  Or stir-fry minced chicken with garlic and ginger for an Asian-inspired flavor profile.

When you sauté chard, be aware that the spine takes longer to cook than the tender leaves.  So when you chop the leaves, it’s a good practice to separate the stem and leaves. Start cooking the stem first and add the leaves later.

For more ideas, check out In the Kitchen with Sigona’s, and don’t miss our coupon for free organic chard.