Tips for Healthy Living: Mandarinquats:The Citrus You Haven’t Heard About

The Citrus You Haven’t Heard About

I must confess when I first heard of a mandarinquat, I was befuddled. Fruit has always been my personal favorite. But a mandarinquat—what is it? As the name suggests, it is a cross of a mandarin and a kumquat. It is also referred to as an Indio mandarinquat because it originated in the 1970s in Indio, CA near UCLA. One reason that many of us haven’t heard of them is because of their limited production. They are typically found at specialty produce markets and farmer’s markets between January and March.

A mandarinquat is about double in size to a kumquat with a round shape that then tapers at its neck. The peel is thin and deep orange with a sweet aroma. Unlike most citrus, the peel is edible with a sweet flavor that is then balanced by the tart tang of the mandarinquat’s flesh. 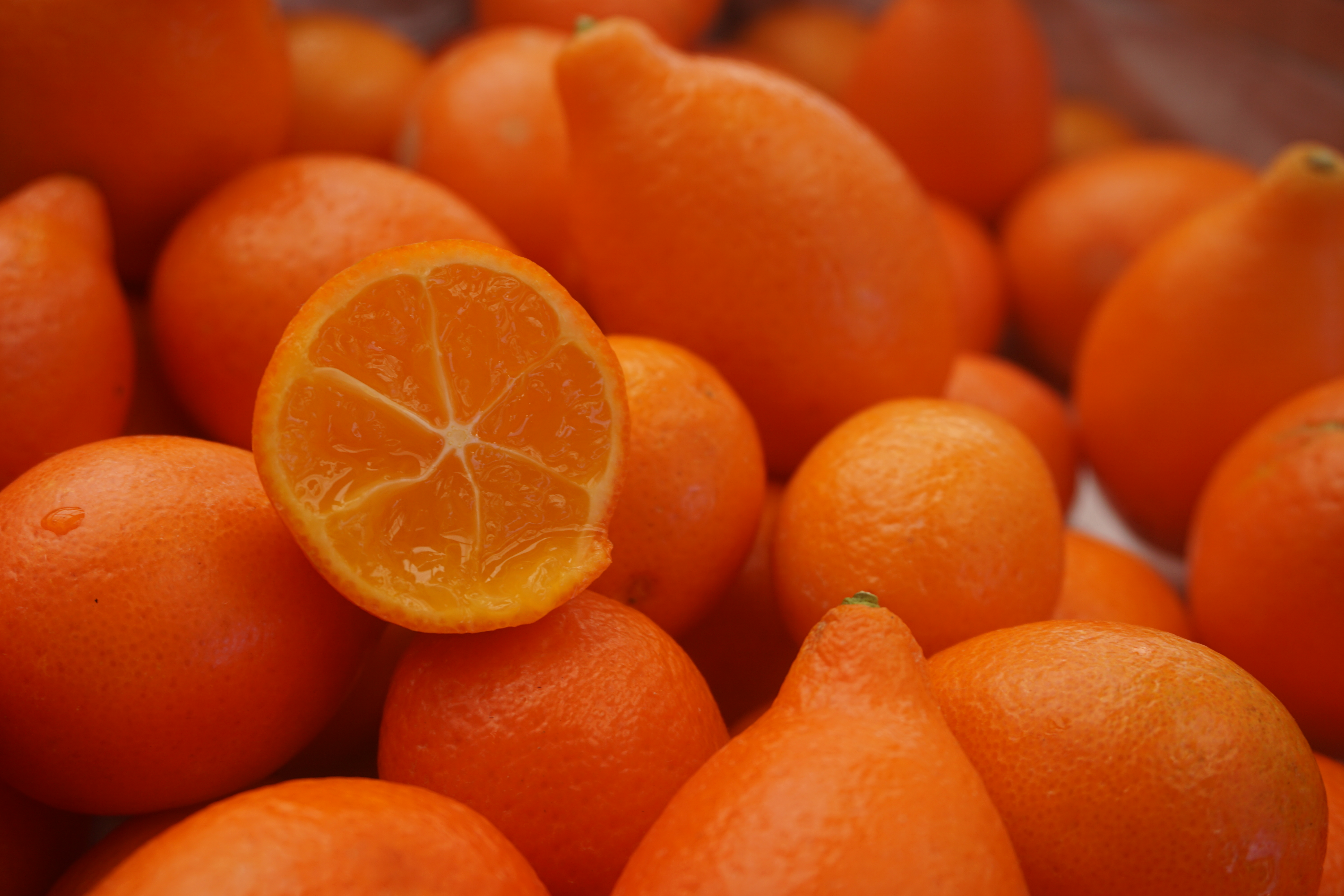 Mandarinquats are rich in vitamin C just like their parent fruits, mandarins and kumquats. They are low in calories and have many similar nutrients found in mandarins. For more about mandarins, see my article “Sweet Satsumas.” The vitamin C in mandarinquats acts as a powerful antioxidant neutralizing harmful free radicals that are produced in metabolic processes and environmental factors. Vitamin C also supports collagen production and wound healing. The high levels of vitamin C help mitigate neurodegenerative diseases, arthritis and may possess anti-cancer properties. In addition, research has shown the benefits of added vitamin C in reducing the length of colds and illnesses, particularly important during this time of year.

Mandarinquats, like kumquats, are a good source of dietary fiber due to the edible nature of their peels. They possess both soluble and insoluble fiber, which has been shown to have beneficial effects in lowering cholesterol. Furthermore, these fibers aid in digestion by moving waste through the digestive tract to be excreted. Lastly, dietary fiber helps to create satiety resulting in consuming less food and calories.  The perfect recipe for weight loss! For more about dietary fiber, see my article “The ABCs of Apples.”

As with all the orange-colored fruits and vegetables, mandarinquats are high in the flavonoid antioxidants, namely beta-carotene, lutein, and zeaxanthin. These antioxidants are beneficial by reducing the harmful free radicals. Because mandarinquats are eaten with their peels, the essential oils located just under the skin are consumed. One of these oils is d-limonene that gives citrus the unique aroma that is so enticing. D-limonone has been shown to have anti-cancer properties, specifically increasing the level of liver enzymes needed for detoxification of carcinogens. A 2012 study published in Life Sciences stated that d-limonene might help ward off colon cancer by causing the cell death of cancer cells, also called apoptosis. D-limonene has also been linked to protecting against breast cancer. D-limonene is part of the plant’s defense mechanism to protect the fruit from insects and other environmental factors. These same mechanisms are transferred when we consume the peel. Other effects of d-limonene include:

Mandarinquats will keep refrigerated for up to two weeks. Remember to eat them with the peel to balance the tartness of the fruit. They are usually not eaten whole, but rather used in making marmalades, marinades, syrups or preserves.  Sliced, they also pair well with chicken, pork, fennel, aged cheeses and salads. Click here to try pan-seared wild salmon with Carmelo’s citrus-fennel slaw.  Happy experimenting!

Try this hybrid marvel and obtain its health benefits in its short-lived season.