In the Store with Sigona’s Featuring: Broccoli and presidents. Really. 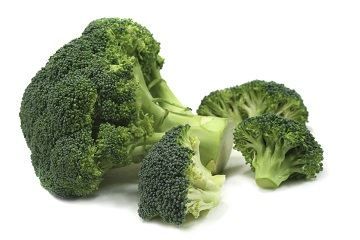 With Presidents’ Day almost here and the national campaign in full swing, we thought you might like a little POTUS trivia with your vegetables.  You may remember 1990 when President George H.W. Bush declared his disdain for broccoli, going so far as to ban it from the White House.  What a far cry from how one of his earliest predecessors, Thomas Jefferson felt!  Jefferson was so enamored of broccoli that he went so far as to import broccoli seeds directly from Italy in 1767, just so he could plant them at Monticello.

During Jefferson’s time, broccoli was widely cultivated in France and Italy.  Its culinary history goes back to ancient Rome, where Pliny the Elder is said to have written about it, and recipes have been found.

Yet broccoli did not become begin to be widely known in the US till almost a hundred years ago. In 1926, a San Jose farmer grew broccoli to meet demand from Italian immigrants in Boston’s North End.  He had it shipped by railroad car, marking the first time a railroad car of fresh vegetables was shipped across the country.

Broccoli is a cruciferous vegetable, making it cousin to Brussels sprouts, cabbage and cauliflower – all of which trace their roots back to the mustard plant.  In fact, none of them grows in the wild; each has been cultivated out of wild kale.  The part we eat is the flowering head of the plant.

To choose broccoli at the store, look for a nice green color, firm stalks, and tightly closed buds whose color ranges from dark green to purplish. The florets turn yellow as the buds start to open up: avoid these, as the yellow color indicates it is over-ripe.

A purplish tinge on the green buds indicates a higher level of antioxidants, though these leach out in cooking – which makes purplish broccoli an excellent choice for broccoli slaw or just eating by the stalk, maybe with some hummus or dip. Broccoli is also high in vitamin C, beta-carotene, vitamin K, and fiber – and ounce for ounce, it has more calcium than milk.

A few ideas of ways to enjoy it: steam it, boil it, or microwave it.  Sauté it in butter or Sigona’s Fresh Press Olive Oil for a Mediterranean flavor, or in coconut oil for more of an Asian profile.  And don’t throw out the stalk!  Try peeling the tough green woody stem at the base of the flower, and enjoy the mild sweetness of the stalk inside.  And be sure to check this week’s In the Kitchen with Sigona’s for a great broccoli recipe!

While it’s available year-round, broccoli loves the mild, cool weather we get in January through March, which means we’re in the heart of its peak season right now.  We’ve got plenty of broccoli, and we are excited to share all its goodness with you!